Join Adrian Mouat for an introduction to the Trow container registry project on a live demo and a Q&A session. Tue 14/4 @ 16:00 CEST

You have a few applications running on Kubernetes, but are trying to figure out the best way to build an easy to use, secure and managable CI/CD process to push changes to production. With this package, our engineers will set up a GitOps-based delivery pipeline designed for Kubernetes with your specific requirements in mind.

A GitOps-based workflow means all changes to application environments will be initiated by pull request to a Git repository holding the Kubernetes manifest files. This way you have a workflow that is familiar to engineers and get a full audit trail and an approval process for changes. 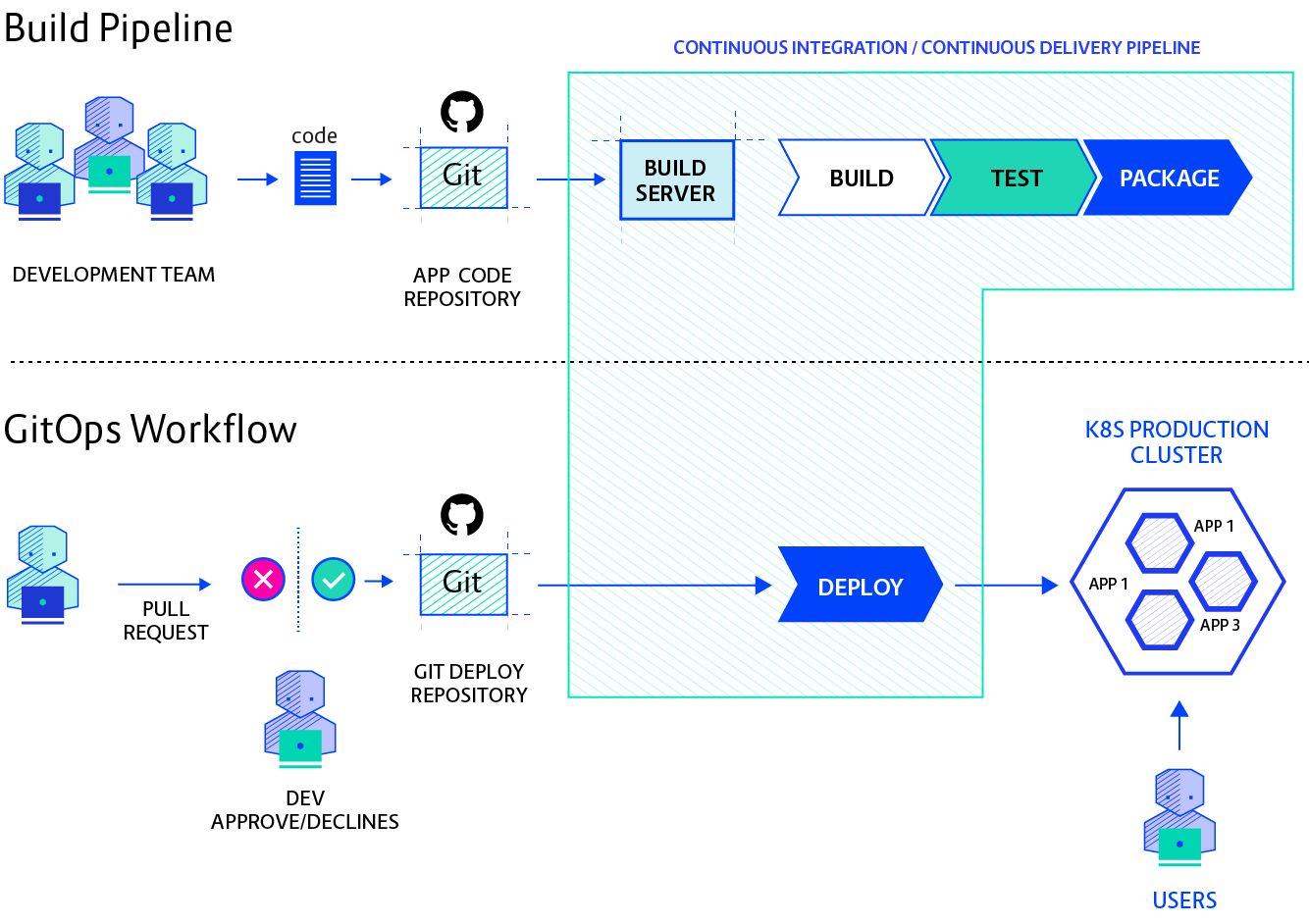 What You Will Need

Fill in the form to get in touch by our team